View a demo of the interactive game, "Pop the Bubbles".
App Description
This app invites the user to play a gentle and relaxing game of popping bubbles!
The objective of the game is to engage the end-user and encourage them to take a minute to slow down and enjoy the fun found in such a simple activity.
AR Features
Marker based AR
User interacts with randomly generated bubbles
User is not seen on the screen, only the game object being manipulated
The marker acts as the "controller" for the user
Implementation Issues
The initial idea for this project was to create a simple, interactive game similar to ping pong where the user could use virtual "paddles" to hit a ball back and forth over the image-target. As soon as I put the game in an augmented environment, I was presented with a problem.
The crystals would not parent to the board after instantiating! That meant that the player would have to work really hard to find the crystals in virtual space, never mind trying to click on the buttons to make the ball bounce.
This limitation inspired me to use the image-target as the controller that the player would use to interact with the instantiated objects. Bubbles seemed like a fun and logical next step from ping pong!

The game is dependent on the camera being stationary, allowing the player to use the controller within the range of the virtual camera.
Art for the Game 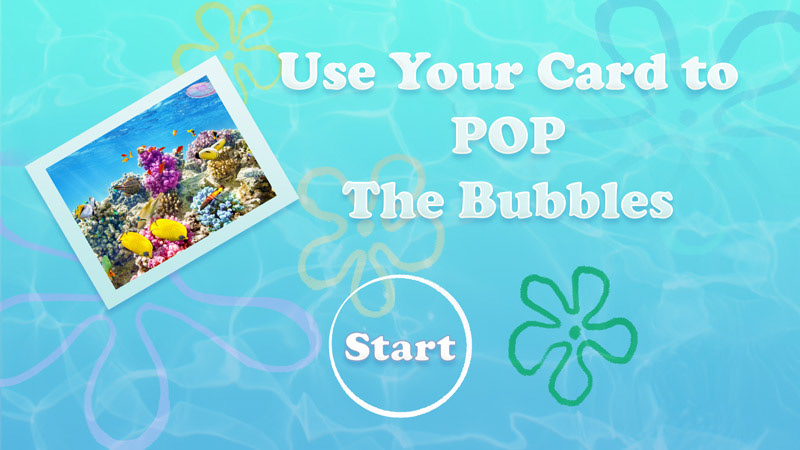 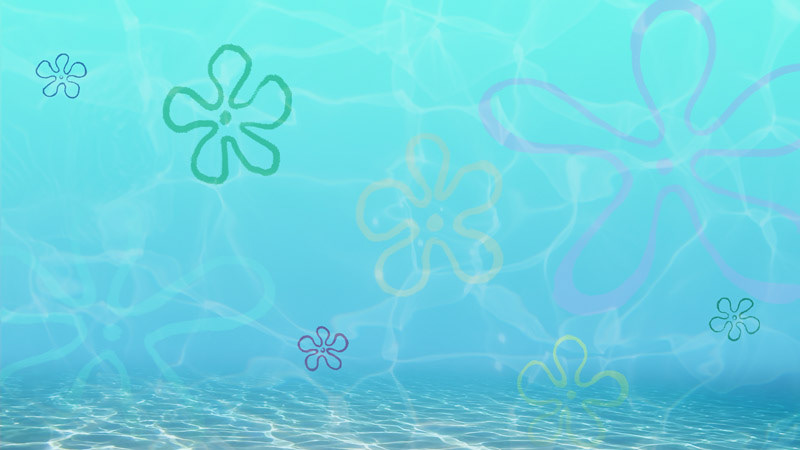 An homage to a certain sponge.